Some facts about TV-am

Anne Diamond was TV-am’s shining star who joined Good Morning Britain in 1983 to co present the programme alongside Nick Owen. She also hosted her own programme “Diamond on Sunday”. Anne left TV-am in 1990. 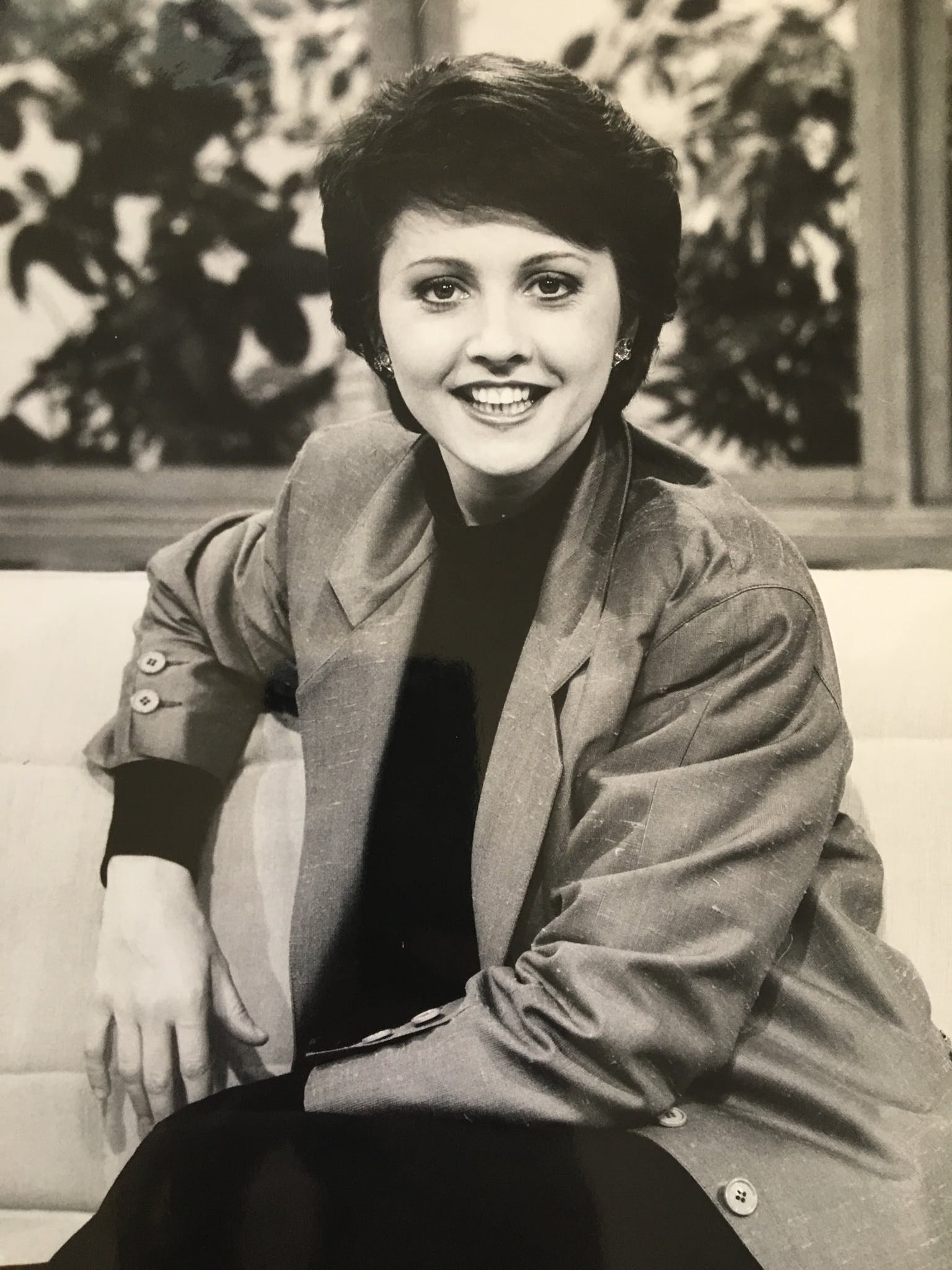 Australian Bruce Gyngell became TV-am’s managing director in 1984. He was the first man to appear on television in Australia. He was a larger than life character who believed TV-am should always be bright and cheery, and he had a love for the colour pink. He was TV-am’s last chairman. 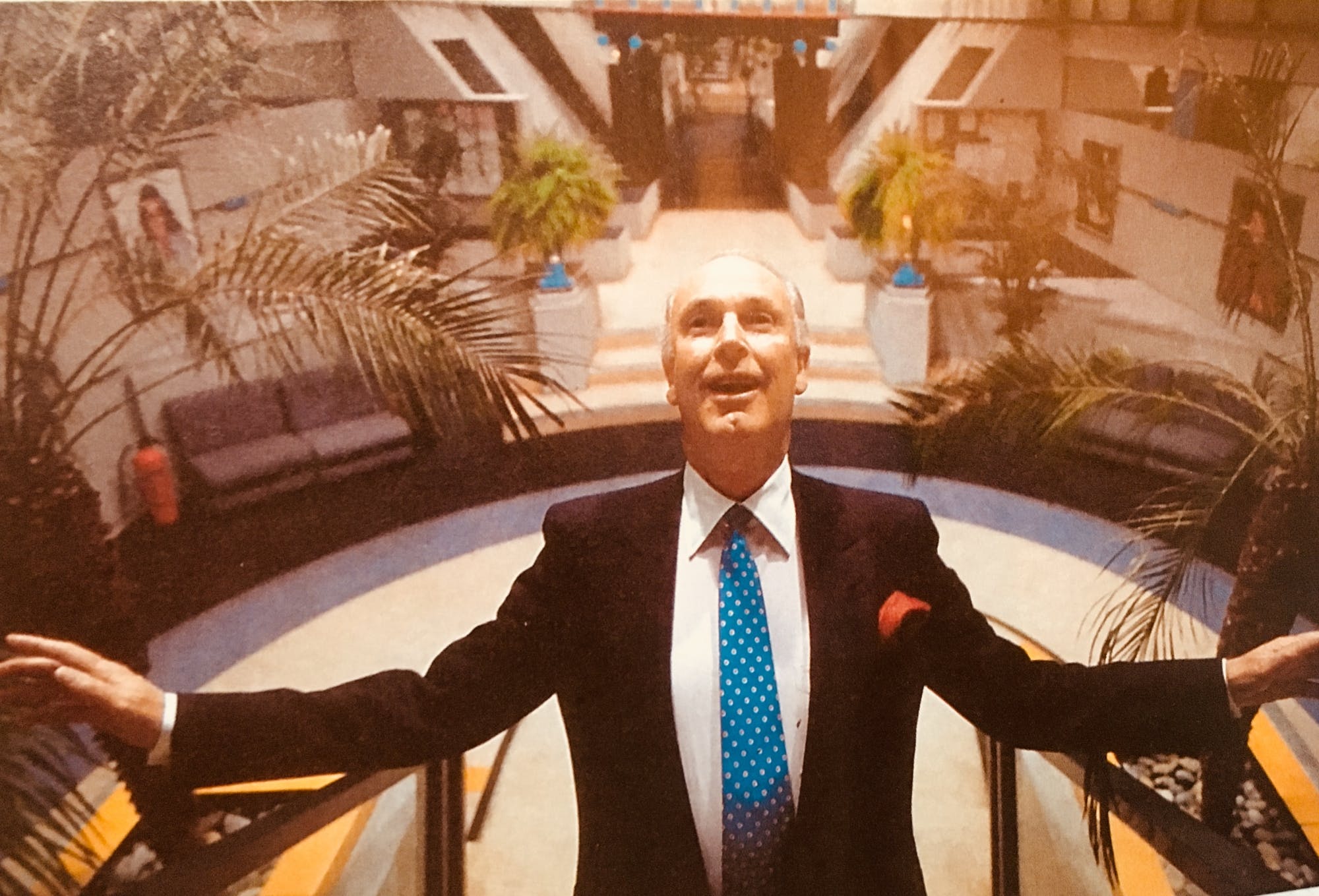 TV-am’s main source of revenue was through selling airtime to advertisers. In the early days viewing figures were poor and few companies wanted to advertise on TV-am. But when the station’s fortunes changed TV-am became one of the most profitable TV companies in the world. The first advert on TV-am was for Walls sausages and bacon. 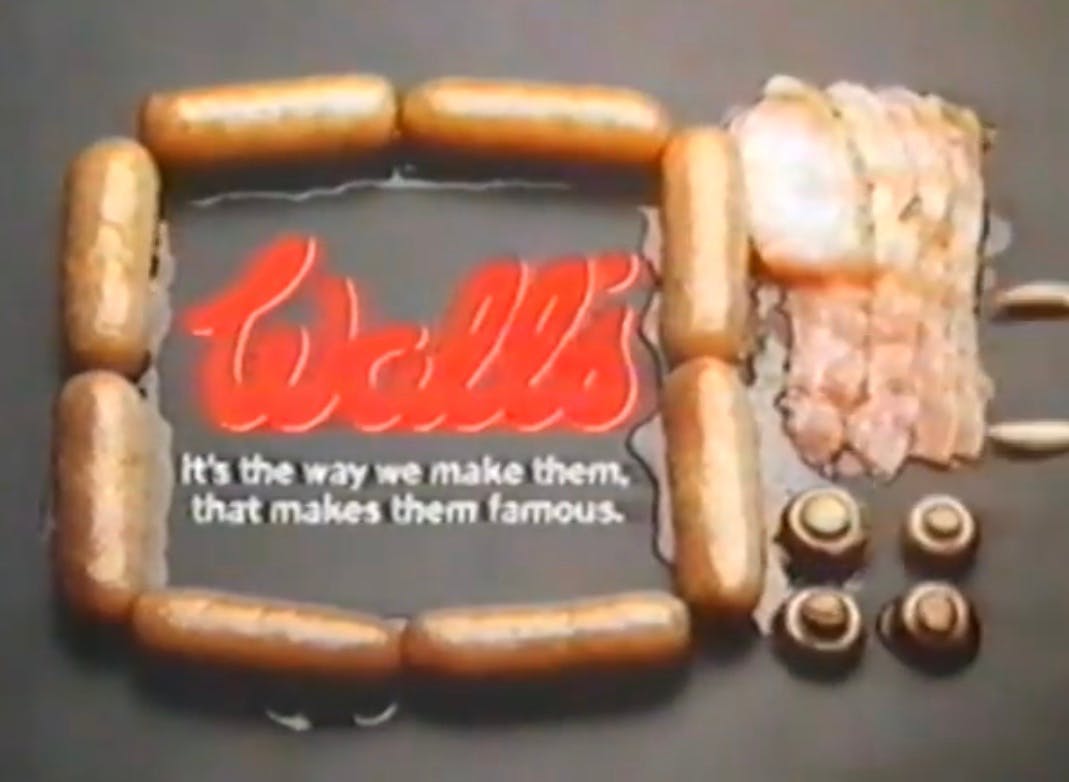 Between February and May 1983 TV-am’s first programme of the day was called “Daybreak”. The first edition was presented live from the newsroom by Robert Kee. It had regular updates on news, weather, sport, farming and finance. The format was short lived and not popular with viewers. Gavin Scott, Lynda Berry and Angela Rippon wee also regular presenters of “Daybreak”. 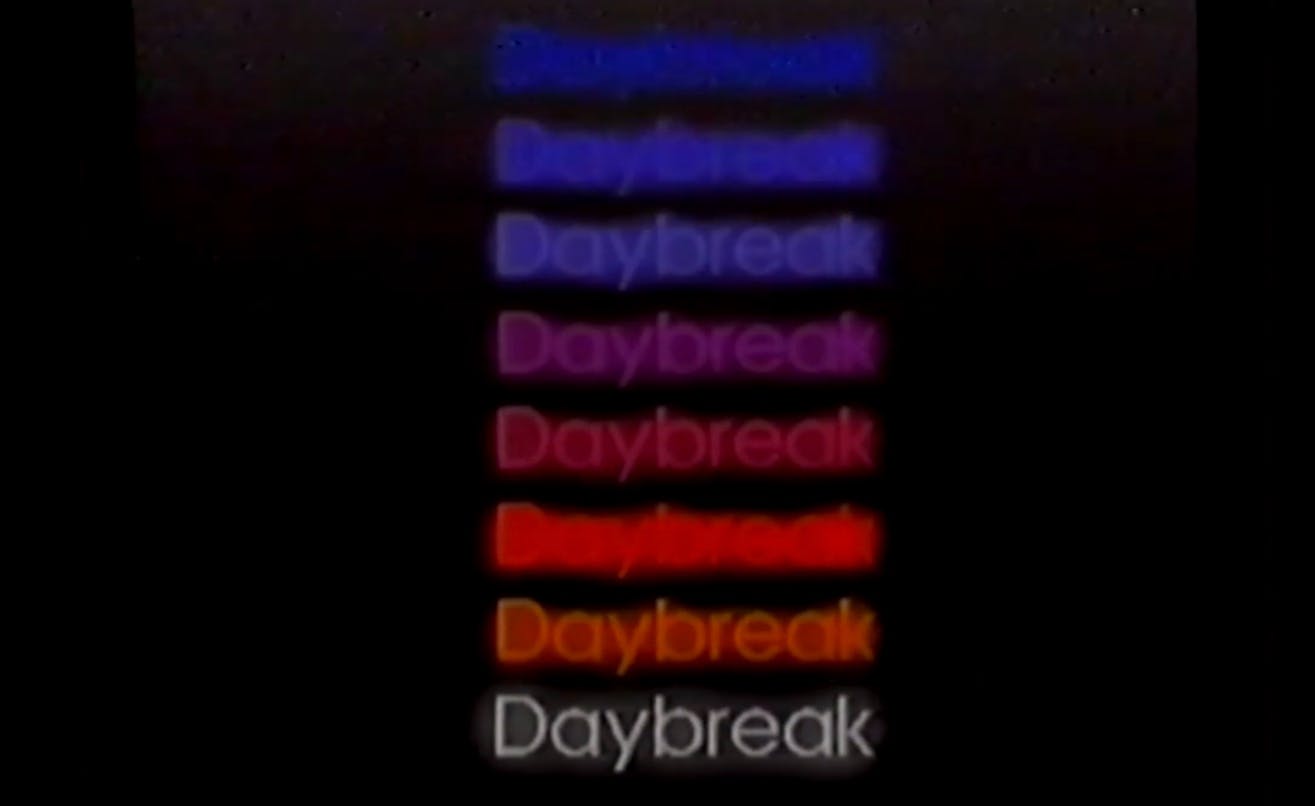 There were eggcups everywhere at TV-am. Architect Terry Farrell put twelve giant eggcups on the roof of the TV-am building. It became known as ‘eggcup house’. Eggcups were given away as prizes to people who had their birthday read out on air. There were always eggcups on screen at the very end of TV-am’s daily broadcasts, usually appearing at 09:24:50. Each year another eggcup was added to the end copyright caption. 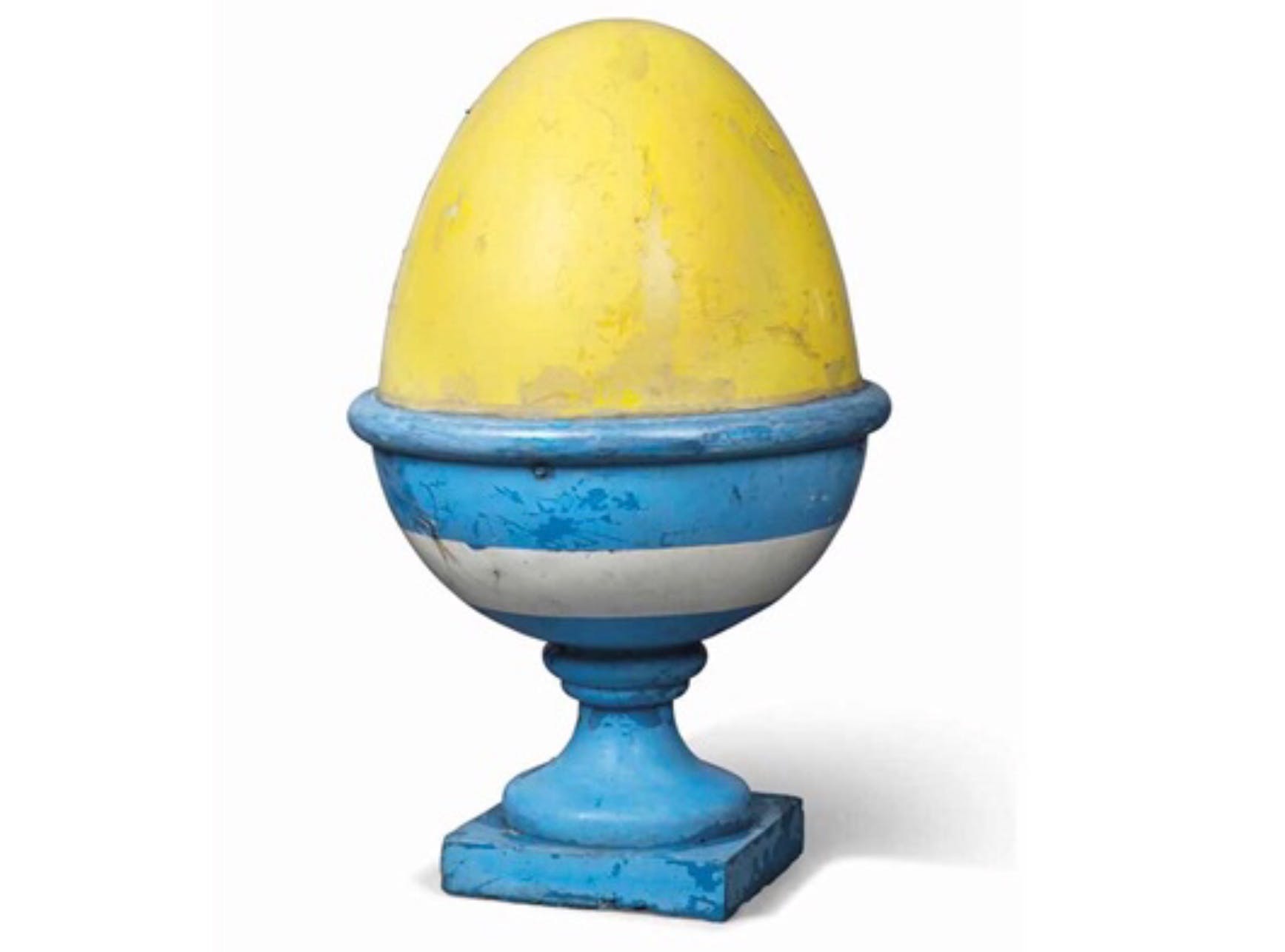 The name given to TV-am’s first presenters by the press. An all star line-up surely couldn’t fail? Sadly people chose not to watch David Frost, Michael Parkinson, Angela Rippon, Anna Ford and Robert Kee and a major relaunch with new presenters was needed.

The first TV-am set contained a lot of grey. The sofa was grey, the chairs were grey, even some of the walls were grey. Bruce Gyngell hated grey so had the set redesigned to include a peach coloured sofa and orange walls.

David Frost was the master political interviewer and established himself as the Sunday presenter with his own show “Frost on Sunday”. All the big name politicians wanted to be on TV-am and often the interview would make front page news in the next day’s papers.

Famous for composing War of the Worlds, Jeff Wayne was asked by David Frost and Peter Jay to write a theme tune for TV-am. “Good Morning Britain” was played almost every day for a decade. The full length version could be heard before programmes began to accompany an IBA caption. You can hear the full theme here:

Now a popular show on ITV, “Through the Keyhole” began on TV-am in February 1983. Lloyd Grossman was the nosey parker who snooped around a mystery celebrity’s house. The first ‘victim’ was racing driver Stirling Moss. The format was later taken to Yorkshire TV by David Frost and became a half hour evening show.

TV-am produced more live programming than any other ITV company. The station was on air for 3 hours 25 minutes each day. (Transmission times did vary from year to year).

Mike Morris joined TV-am’s sports department before the station launched in 1983 and remained until the very last day. In 1987 he became a main presenter alongside Anne Diamond, Richard Keys and Jayne Irving. Mike said the final goodbye to viewers for TV-am in December 1992. Later he went on to work for GMTV and Yorkshire Television’s regional news programme “Calendar”. He died after a cancer operation in 2012.

Nick Owen appeared as TV-am’s sports presenter on the very first day in February 1983. Six weeks later he was asked to replace David Frost as the main presenter on “Good Morning Britain” with Lynda Berry. In June 1983 Anne Diamond arrived to present with him and they quickly became established as the faces of TV-am. Nick left in 1986 to join ITV Sport and is now main presenter of BBC Midlands Today.

When TV-am began broadcasting in February 1983, the station closed down each morning at 9.15am. There was then a ten minute gap until the ITV regional stations started their day. On screen there would be an IBA caption with music telling viewers ITV programmes continue shortly. In May 1983 the Independent Broadcasting Authority was able to get rid of the gap and TV-am was allowed to broadcast each morning until 9.25am.

There were two Parkinsons on screen at TV-am. Michael was one of the Famous Five who launched the station but quickly established himself as the host of the weekend editions of “Good Morning Britain”. On a Saturday he was joined by his wife Mary to co-present the programme. Mary was well known from her days presenting “After Noon Plus” for Thames Television.

The quality of TV-am’s news output was strongly criticised in the media and by the regulator, the Independent Broadcasting Authority in the early years. When the IRA bombed the Grand Hotel in Brighton in 1984 where the Conservative Party conference was being held, TV-am struggled to cover the story. The IBA threatened TV-am to improve or it would lose its franchise. As time went on more revenue meant the company could invest more money in news coverage. By 1987 TV-am saw itself as the “third force in TV news”, alongside ITN and the BBC. TV-am News rose to the challenge and produced a quality service. The biggest story was The Gulf War of 1991.

The rat who saved a sinking ship. Roland thinks he was the saviour of TV-am and he certainly played his part. Brought to TV-am by Children’s Editor Anne Wood, Roland Rat made his first appearance at Easter 1983 with his show “Shedvision”. He was a hit with viewers and in the summer went out on the road touring the UK with his friend Kevin the Gerbil. Roland remained a TV-am presenter until October 1985 when he left to join the BBC. 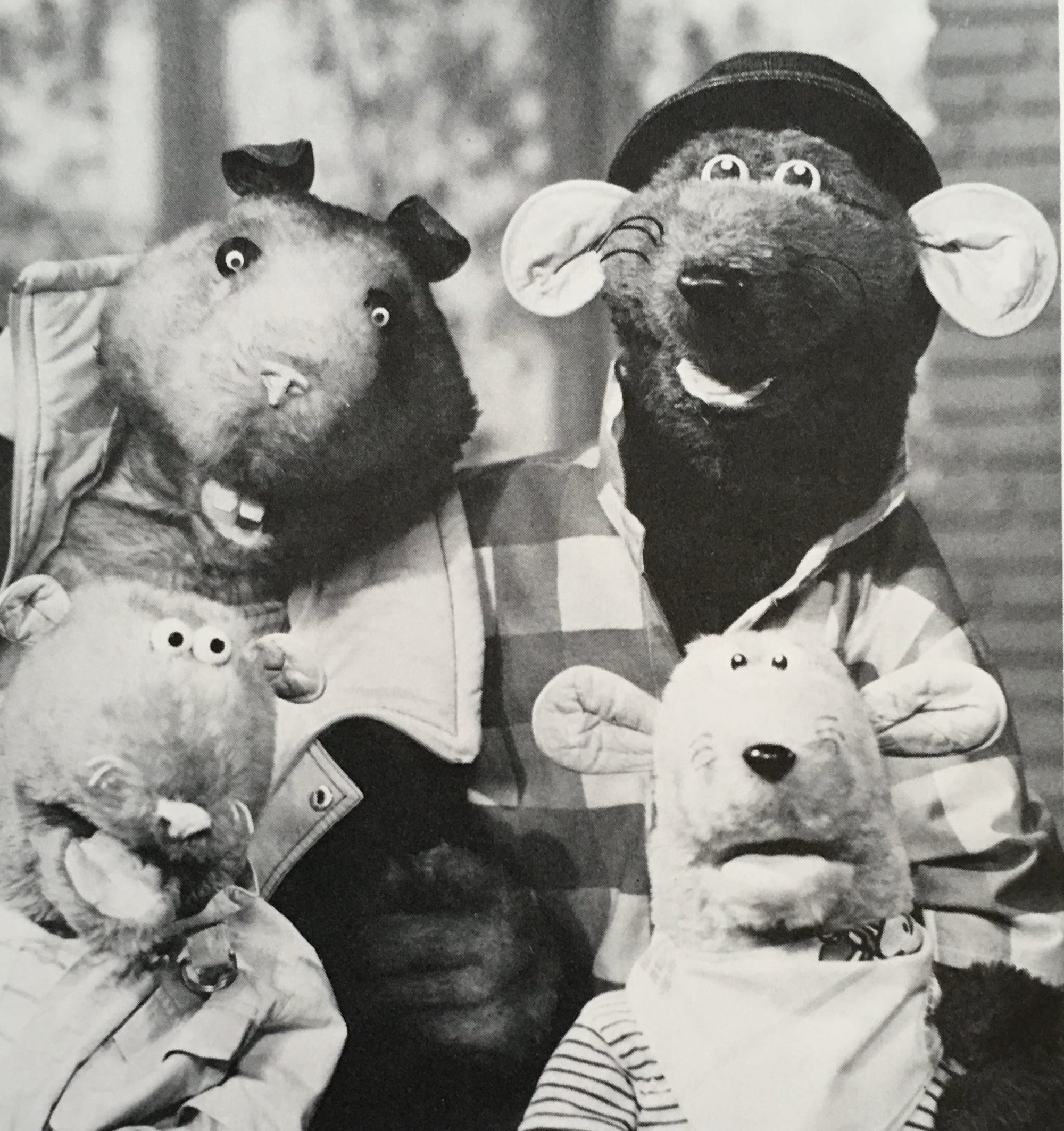 Saturday morning on TV-am was mainly about Sport and Children. There were a number of different shows over the years but the most well known programme had to be The Wide Awake Club. Other formats included “Data Run”, “Splat”, “TV-Mayhem”, “Hey Hey it’s Saturday” and “Cartoon World”. Sport was mainly presented by Mike Morris, Richard Keys, Gary Champion and Geoff Clark.

T is for....TERRY THE TERROR

A puppet called Terry was one of the characters on Sunday morning children’s show “Are You Awake Yet?”. Pete Gosling, Julie Brown and Sally Dewhurst were the presenters. When “Wacaday” replaced Roland Rat in October 1985, Terry the Terror made regular appearances with Timmy Mallett.

One of the tape formats used by TV-am. Big, bulky cassettes! Later TV-am would switch to the rare Panasonic MII system. Anglia and Thames were the only other ITV companies to use MII. Below, a photo of a U-Matic format cassette. 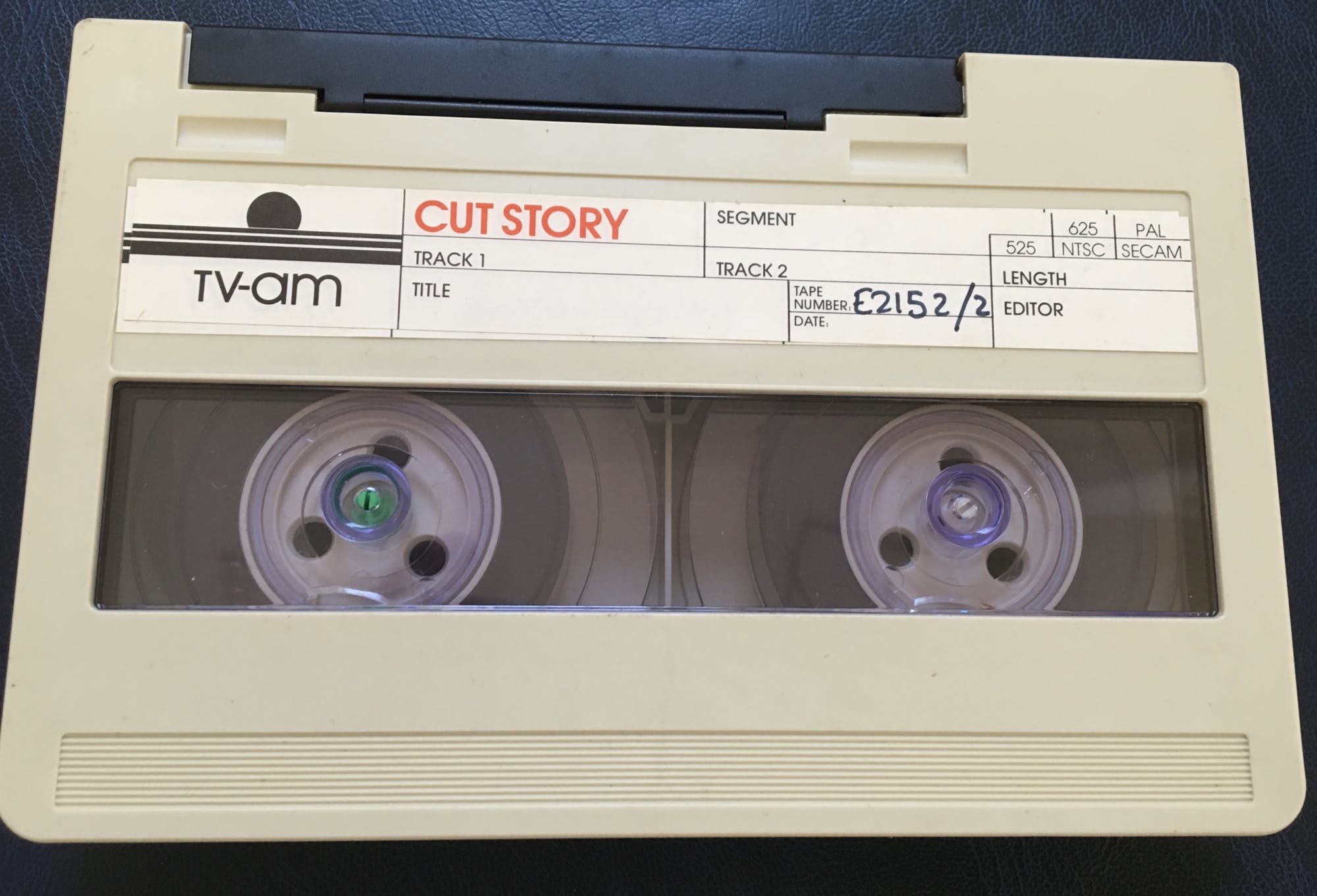 A lot of TV-am’s success has to be down to the work of Sales Director Tony Vickers. He led the sales and marketing teams, helping turn TV-am into the most profitable TV company in the world, per hour of broadcasting. Tony also held the position of Deputy Managing Director.

There was a lot of water around TV-am. The studios sat on the banks of the Grand Union Canal at Camden Lock, North London. It was often used as a backdrop for programme items such as keep fit or weather forecasts. The staff canteen looked out onto it and there were tables and chairs outside people could use during their meal breaks.

Christmas always meant special programmes at TV-am. There was also the charitable appeal Caring Christmas which aimed to collect parcels for the old and needy. It was run in conjunction with the Post Office and Lions Club.

The colour of TV-am’s sunshine in the logo originally designed by Douglas Maxwell. The logo was the on air station ident and was also seen on stationery, vehicles and promotional items. There were several variations over the years, with the last change being made in 1988.

Breakfast TV is a tiring business with many staff working through the night and others getting up in the middle of it. Presenters would normally be at work by 3.45am. So sleeping and catching some Zzzzzz whenever possible was what they all liked to do! 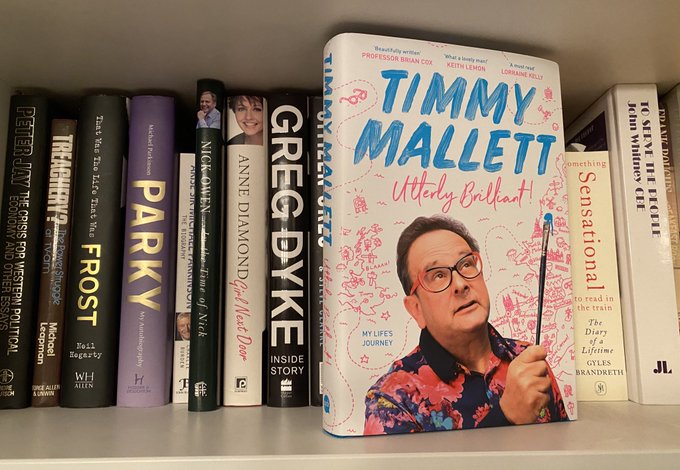 "The latest addition to the TV-am library of biographies and autobiographies as ⁦@TimmyMallett⁩ ‘s “Utterly Brilliant” arrives on the shelf. Just published! https://t.co/0nTi7GZwKl"